A national poll released in October 2018 finds that vast majorities of the public – across gender, race, age, regional and party lines – consider afterschool programs to be important to their communities. There is also strong support for public funding of afterschool and summer learning programs, with two in three adults saying they want their federal, state and local leaders to provide funding for afterschool and summer programs. Seven in ten adults oppose eliminating federal funds for afterschool programs, as President Trump has twice proposed to do, and 52 percent are strongly opposed.

The poll was designed by the bipartisan team of Lake Research Partners and the Tarrance Group and administered by Ipsos through an online omnibus survey from September 7 – 9 , 2018. It reached 1 ,001 adults nationwide. 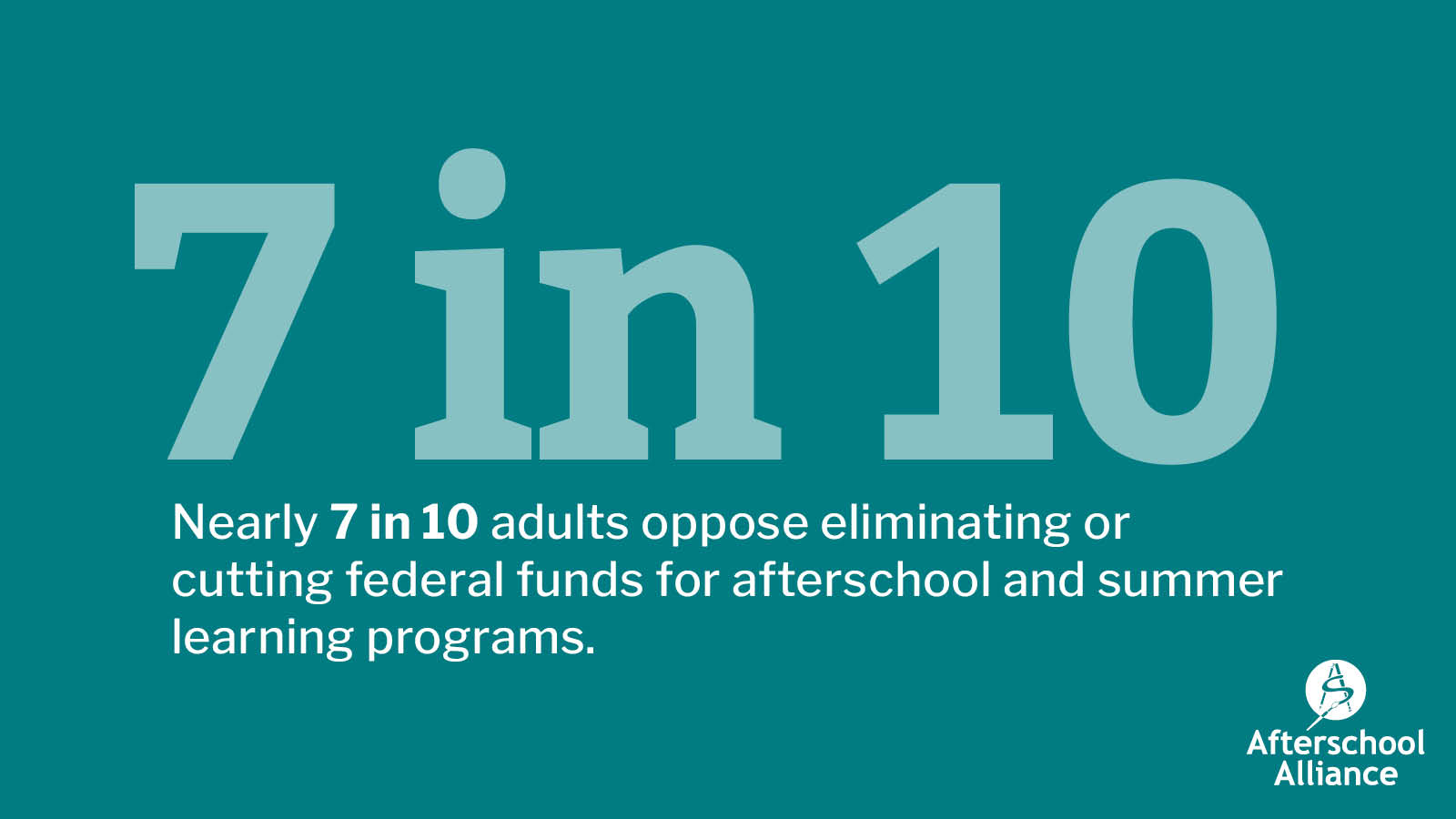