To raise awareness of the critical need for more afterschool programs, the Afterschool Alliance has launched the Leadership Circle, a program designed to honor a select group of high-profile individuals who have helped to promote or support afterschool programs and who want to champion this cause.

In the U.S. today, 11.3 million children lack access to afterschool programs. Our young people deserve better. Youth in afterschool programs do better in school and achieve higher levels of education. They are less likely to get involved in crime, abuse drugs or become teen parents. Plus, they have a chance to explore new worlds and interests.

To raise awareness of the critical need for more afterschool programs, the Afterschool Alliance has launched the Leadership Circle, a program designed to honor a select group of high-profile individuals who have helped to promote or support afterschool programs and who want to champion this cause.

Afterschool Leadership Circle members do their part to help make afterschool a national priority for our youth, families and communities. The Afterschool Alliance is proud to recognize these outstanding individuals for their commitment and service to afterschool. 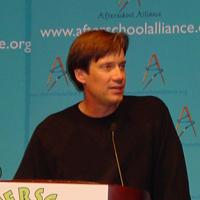 Kevin Sorbo, Actor
Popular television and film star Kevin Sorbo has headlined several feature films and is well-known for his roles on the television series "Hercules" and "Andromeda." A national spokesperson for the Afterschool Alliance since 2005, Sorbo has livened up numerous afterschool events, especially as emcee of the Washington, D.C. Afterschool for All Challenge, where afterschool leaders meet members of Congress.

On acting for afterschool: "Every young person deserves a safe place to go after school, where they have opportunities to learn, be engaged with positive role models and become more physically active." 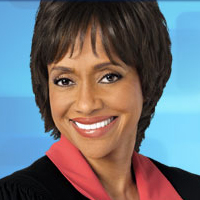 Judge Glenda Hatchett, TV personality and author
Judge Hatchett is a renowned champion for disadvantaged youth. She is the author of the national bestseller Say What You Mean and Mean What You Say, and her award-winning syndicated television series "Judge Hatchett" pioneered a new courtroom television approach and continues to urge viewers to become mentors to at-risk youth in their communities. 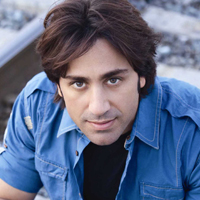 Steve Azar, Country music artist
Country blues rocker and proud father of three, Steve Azar joined forces with Afterschool Alliance to show his support for the millions of children who need afterschool programs. Steve’s songs have topped the Billboard charts, including, "I Don't Have to Be Me ('Til Monday)," "Waitin' on Joe" and "You Don't Know A Thing." When Steve sat down with afterschool kids in Houston, the conversation quickly evolved into an impromptu jam session with the students.

Steve on afterschool: "As a father of three, I know a lot can go wrong when kids don’t have the supports they need. We need to keep our children safe. But we also need to give kids the chance to express—to dance, play music—to be active in mind and body." 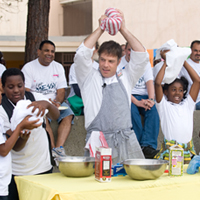 Joey Altman, Celebrity chef
One of the most celebrated chefs in the Bay Area, Joey Altman has built a dedicated following with the viewers of his two-time James Beard Foundation award-winning local cooking show "Bay Café" on KRON Channel 4. Nationally, he won wide acclaim for the Food Network's series "Appetite for Adventure" and "What's Cooking with Joey Altman."

What Joey does after school: When he's not cooking with celebrity chefs, actors and musicians, Joey takes time to inspire budding chefs around the country by leading hands-on cooking demonstrations in afterschool programs. 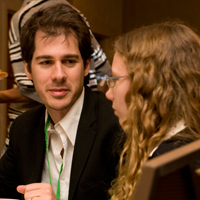 Joel Stein, Writer
Joel Stein is a columnist for the Los Angeles Times and as well as Time Magazine, where he has written 13 cover stories on subjects such as Michael Jordan, Las Vegas and George Clooney. Joel is a frequent guest on shows on E!, VH1, HBO and Cinemax. Joel wrote about his experiences lobbying Congress for afterschool investments in a May 2008 piece in Time.

Why Joel supports afterschool: "It gives parents something to ask their kids about besides, 'How was school today?' They can also ask 'How was after-school today?' It effectively doubles the chance of parent-child conversation." 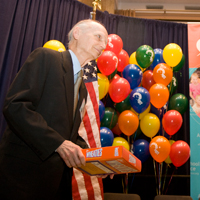 An afterschool legacy: The federal initiative created under Secretary Riley provides afterschool programs for more than 1.3 million children each year, every day after the school bell rings.

Secretary Riley is honorary chair of the Afterschool Alliance. 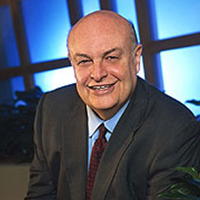 William S. White, president and CEO of the Charles Stewart Mott Foundation
William S. White is chairman, president, and chief executive officer of the Charles Stewart Mott Foundation, a private philanthropy organization based in Flint, Michigan. In 2000, White led the Foundation in helping to establish the Afterschool Alliance in partnership with the U.S. Department of Education along with several public and private concerned organizations. He is also credited for coordinating a partnership with the U.S. Department of Education and the corporate community to create the 21st Century Community Learning Centers initiative. To date, the Mott Foundation has contributed more than $100 million to support afterschool programs and research.

Afterschool visionaries: Following the road Frank Manley pioneered in 1935 to bring community resources and schools together to better serve children, Bill White is making a 21st century vision for afterschool a reality. 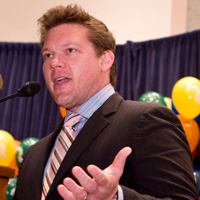 Tyler Florence, Chef and TV Personality
Tyler Florence is the charismatic star of numerous Food Network shows including the hit show "Tyler’s Ultimate," a frequent contributor to national television, radio and Internet, and an acclaimed cookbook author. Tyler made his true debut in the afterschool world cooking up a storm at the 2007 “Cook-Off for Afterschool” fundraiser in San Francisco. Tyler inspired hundreds of afterschool advocates and brought star power to a delegation from his home state to meet with members of Congress at the the Washington, D.C. Afterschool for All Challenge.

Why afterschool is a key ingredient for success: “If you think about who’s coming up behind us—the youth of today—they need to be looked after and cared for. Our children need to be as prepared as possible to really take on the challenges of the next generation." 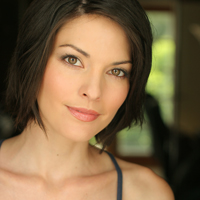 Afterschool helps every child be a star: "These are pivotal times in a child’s life. Whether they realize it or not, it's now that they decide what they stand for, and in many ways what path their lives will take. Whether it's by cooking, singing or even spending time with great role models, afterschool programs not only point youth in the right direction, they help instill the confidence they'll need to achieve their future dreams and goals. (And they think they're just having fun!)" 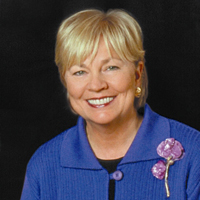 Maggie Daley, Founder and Chair of After School Matters (1943-2011)
Maggie Daley made a new vision for a vacant city block come alive in the hands of the city's teens, turning it into an outdoor art studio for high school students. The overwhelming success of Gallery 37 prompted the formation of After School Matters, a city-wide afterschool program where local professionals help Chicago's youth develop marketable job skills and build confidence by showcasing their talents. As Chair, Maggie Daley's vision and commitment helped make After School Matters what it is today: one of the strongest afterschool initiatives nationwide and the largest program of its kind serving teenagers in the United States. From its origins in Gallery 37, After School Matters has grown from serving 180 teens in three neighborhoods to offering nearly 600 programs in 58 schools.

In April 2009, Ms. Daley was honored as an "Afterschool for All" champion by the Afterschool Alliance and U.S. Secretary of Education Arne Duncan in recognition of her tireless support and advocacy for afterschool programs.

On building tomorrow's workforce through afterschool: "By giving students opportunities to explore career paths and develop marketable skills, we are enriching their lives and shaping their futures. The success of this program [After School Matters] speaks volumes to the teens' desire to be involved in something constructive, to learn new skills, and to simply have a safe outlet where they can have fun." 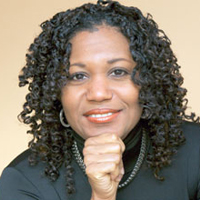 Stephanie Robinson, Esq., President and CEO of the Jamestown Project

Stephanie Robinson, Esq. is the President and CEO of the Jamestown Project, a national think tank that focuses on democracy. She is a Lecturer on Law at the Harvard Law School and former Chief Counsel to Senator Edward M. Kennedy. Ms. Robinson is a nationally recognized expert on issues relating to social policy, women, race, family and electoral politics. She is also a regular contributor to the Tom Joyner Morning Show.

Thanks to a special commentary by Ms. Robinson on the critical need for afterschool programs, hundreds of people from around the nation were inspired to join the Afterschool for All campaign and to contact their lawmakers in support of more investments for afterschool.

Afterschool as a critical support for working parents: "The scary thing is that we’re going to see many more children coming home after school to an empty house. These days parents are not only struggling to keep their jobs during these trying economic times, they’re taking on second and third jobs. And unless they have a place to go after school that’s safe and offers quality programs, those babies are gong to be home alone" (Listen to Robinson’s full TJMS radio commentary on afterschool) 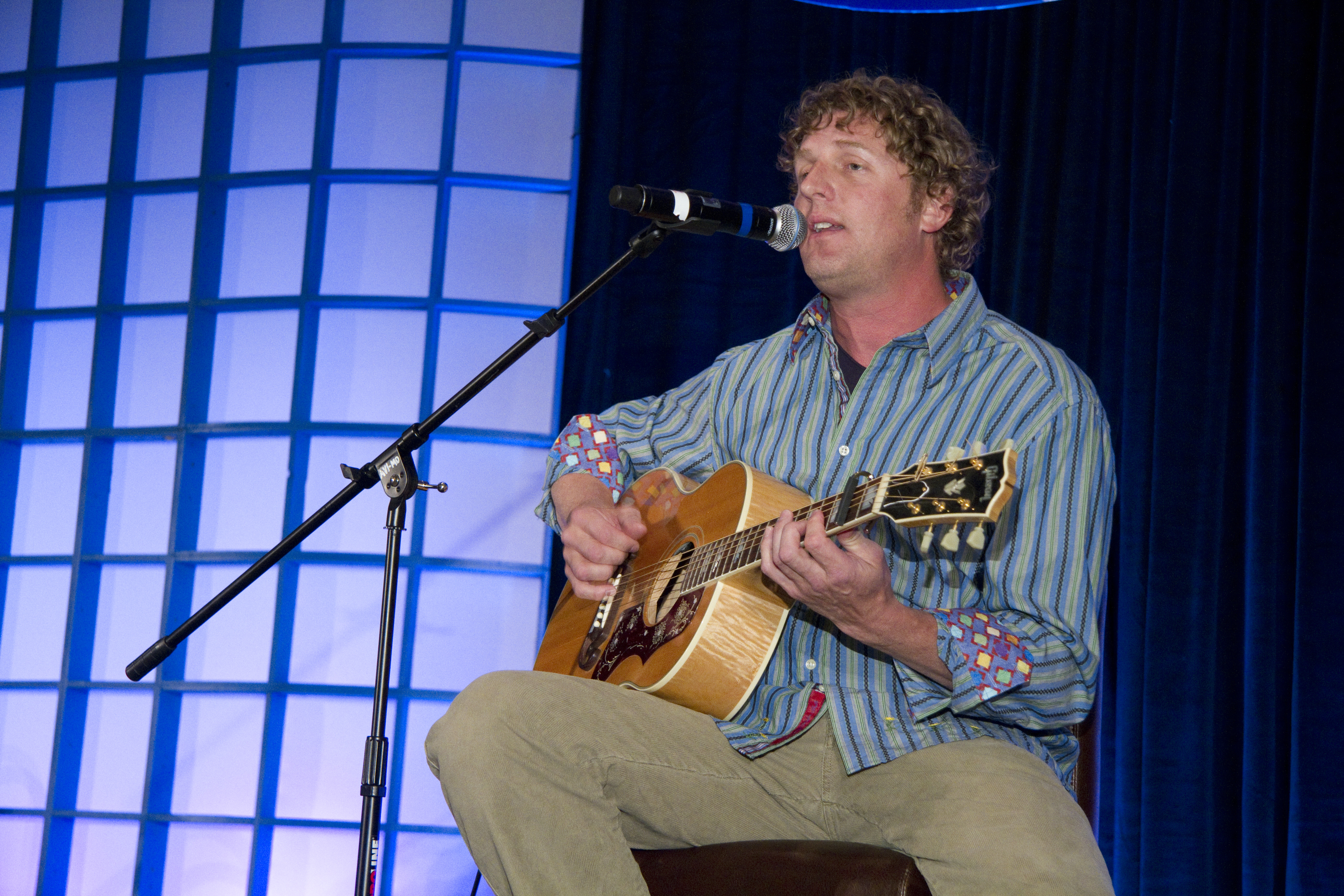 Mark Bryan is lead guitarist and a founder of the platinum band, “Hootie and the Blowfish.”  Mark may be a rock star, but he’s also a true champion for afterschool. He co-founded Carolina Studios Music & Technology Afterschool Program, based in Charleston, South Carolina. Carolina Studios gives kids a chance to record their own music, produce films, explore photography and learn about graphic arts.

On helping kids reach their musical and academic potential through afterschool:  “We started the Carolina Studios Music & Technology Program, where students learn how to make beats on state-of-the-art computers. They write original lyrics, rap their creations and produce their own CDs.  We want to change their attitudes toward learning and education.”